So far joining LA Fitness has been a great improvement on my workouts and my motivation.  I'm guessing it has something to do with the whole spending money for the membership, but if it's getting me to work out more, then I'm good with it.

I will admit that I'm not the best at going to the spinning class.  I found a teacher I like, but she only teaches at my gym twice a week so its hard to make her specific classes.  I really should get outside my comfort zone and try another instructor, but I like my routines.

Still, I've been hitting the gym 2-3 times a week and I've been running on the elliptical or using a stationary bike.  I have to say, getting an hour in on the elliptical is a lot easier when I have a tv that's working.  I will get through an entire 40-60 minute workout done without the tv, but it is honestly a lot harder without the distraction.  Plus, I enjoy my morning A&E crime dramas and catch up with Sports Center.  Plus, as long as I get a good, decent workout in, I'm happy!

The best case was just the other day.  I got to the gym right before a storm rolled in.  I unfortunately found an elliptical without a working tv, but the rain started pouring and lightening rolled in about 40 minutes into my workout.  So instead of calling it quits (which my lack luster brain wanted me to do), I ran out the storm on my machine.

While I'm not quite there yet, I am getting better at getting up, starting, and getting through my workouts. 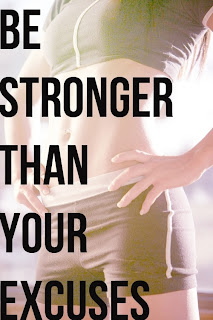 I had the sudden realization last week that August really isn't that far away.  I was excited because that meant I would be heading home in just a few short months, but then again I'd also be running the Dumbo Challenge in a few short months.  And my running... ya, it probably isn't anywhere near what it should be.

But you can always count on Disney for releasing new information to keep you excited for any race, no matter where your training is.  Just a few days ago they released pictures of the four medals you could gain at the Disneyland Half Marathon. 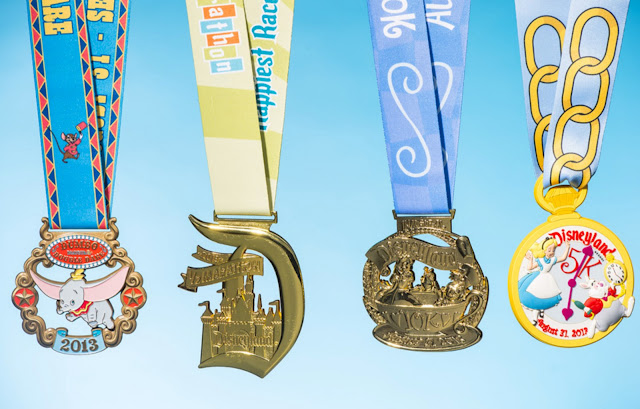 In all honesty, i don't really care about the Alice in Wonderland medal or the Dumbo one for their design, but that's more of because they were movies I never really connected with.  I still love the D medal for the actual half, and of course I'll be collecting a fourth medal that weekend, my second Coast to Coast.

Speaking of Coast to Coast, they recently announced a few more races and new medals.  When I say new races, I mean more 10k's and double race challenges.  There will be the Glass Slipper challenge in February with the Princess Half Marathon (another 10k and Half pairing).  Then if you do the Tinkerbell Half Marathon in January and the Princess in February, you get a special Coast to Coast medal. 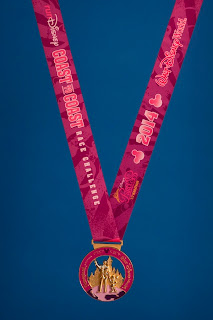 In all honesty, I'm not a pink kind of girl, so I won't be going after this specific coast to coast medal.  Good luck to everyone who is!  That's a quick turn around, but should be fun!  Now the glass slipper I may do just to keep my running up for all these weekends.  Plus, the Princess Half is the only race I have done every year since I've started running these races.  There are a lot of special memories with the race so I figure I might as well...

So now, coming the the realization I better start training some more.  I have been able to get to the gym for elliptical and spinning training to help salvage my knees and then a few road workouts just to keep that training up.  Speaking of which... it's almost time for spinning!  Enjoy your workouts, whatever they might be today... I know I'll have a sweaty, but great time at mine!
Posted by Unknown at 5:26 AM No comments: