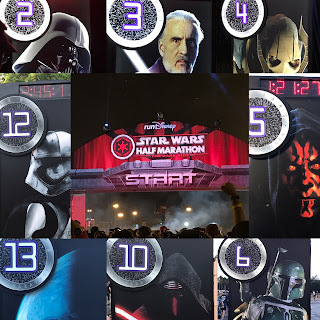 The race was not easy by any account.  I was still a bit tight from the 10k, although stretching did definitely help.  I kept a pretty decent pace and was able to run/walk a really nice pace for longer than expected.  The morning started off nice, the overall temperature was cool, but the humidity did start pretty early.  I think this was the first race that I wished I ran with a sweat towel because I was sweating pretty decently and my shirt was just as wet.  I've learned that when it comes to running pictures, it's all about wearing a shirt that hides the sweat.  My roommate commented that I always wear the same shirts at these races, and it's because I take good pictures in them! 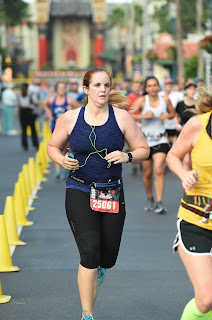 Around mile 7 I was used to the humidity and the pace, but that's also where I started hitting my walls.  My knee decided to give up first, but with the help of Biofreeze and a little walking and stretching, it survived until the end.  It actually started to feel decent enough around mile 8.5.  My legs started to get a bit tight, but they never froze up like they have in the past, which was impressive.


Considering I haven't run more than 4 miles since the start of the year, I was really happy with all that I was able to accomplish.  I knew it was going to hurt and be a struggle, but I really surpassed that.  In all honesty, my only goal was to get to the finish line and I did that with a time that wasn't far from some of my best.  It made me excited to see what I can do healthy and even halfway trained.

Overall, I really liked the course and it seemed like the photo stops were going over well.  All the stops had long lines and it made me happy that while I like Star Wars, I didn't need pictures with anyone.  In Hollywood Studios they had multiple stops with storm troopers, which helped shorten those lines.  The 501st legion was also there cheering on and taking pictures of the runners.  I really liked the course because while there wasn't a lot of park running at the beginning, we got to take up the whole road and really spread out.  I think that helped later on and also helped me get into my pace.

I would definitely run the race again, but because I'm a fan of some of the other themes, it may not be my first choice.

After the race we went to Epcot to celebrate and enjoy all Epcot has to offer.  We got fish and chips from England for lunch and it was some of the best fish and chips I've ever had.  Walking was definitely a good idea to help everything keep moving and relax, but the heat eventually killed us and we returned home for naps and movie night.  It was definitely a great day and everything was worth celebrating. 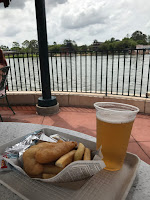 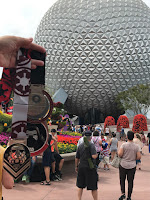 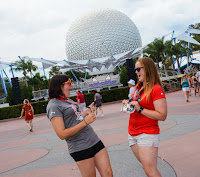